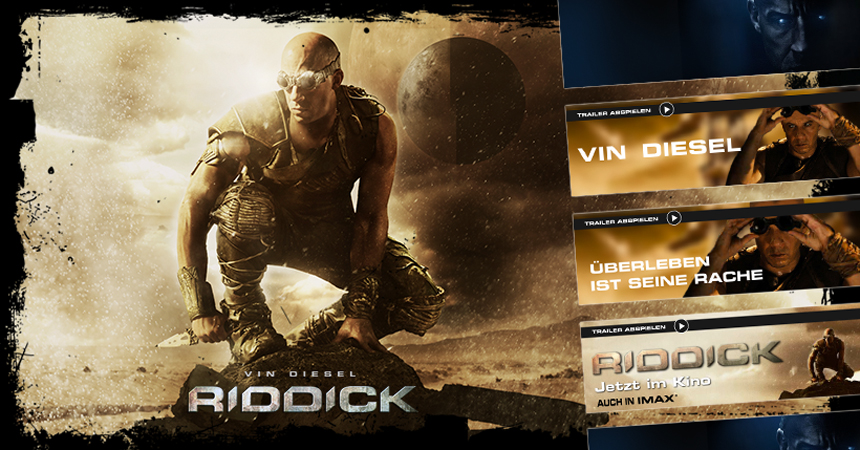 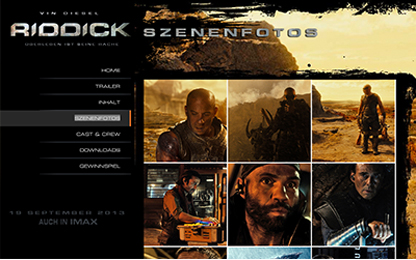 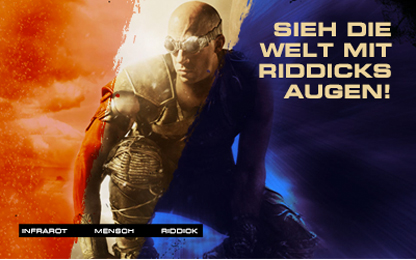 Universum Film is part of the Bertelsmann AG and owns the rights for several international movies and series, which allowing them to broadcast them in cinemas and homes.

They have a large variety of movies on offer, including documentations like "Earth" and action movies like "Crank 2". Universum Film is also a co-producer for certain projects and hires out DVDs for home entertainment.

To ensure the new movie "Riddick" was a great success, we were tasked with promoting it online.

The microsite site includes general information, as well as features like downloads, photos of different scenes, cast and crew and even a competition. To give users a true taste of Riddick’s world, we created special viewing options on the site. Allowing visitors to view the site as either a "human", in "infrared" or as "Riddick"!